Online Gaming: The Good, The Bad & The Ugly 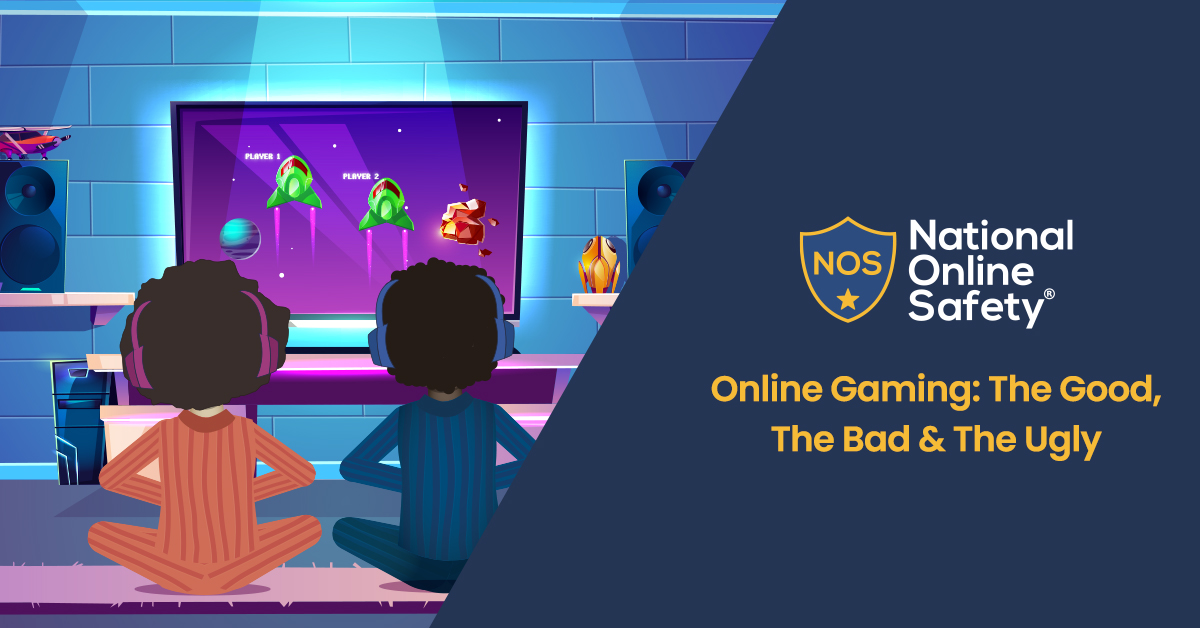 Recent reports have shown that gaming among children has significantly increased over the last few months and that it has largely been attributed to lockdown.

An NHS clinic, which opened in 2018, has treated children as young as 13 for online gaming addiction. In 2018, the World Health Organization (WHO) classified gaming addiction or ‘gaming disorder’ as a mental health condition.

However, government guidelines advise children to “connect online” with their peers (in a safe and responsible way) to keep them from suffering mentally and emotionally due to the pandemic.

In this article, therefore, we go through some of the aspects of online gaming that parents should be aware of and what they can do to make sure their children play safely online. For a quicker introduction to the risks presented by online gaming, check out our explainer video with Myleene Klass here.

What are the different gaming genres?

Firstly, it is important to understand the variety of games out there. Much like music and films, video games are categorised into genres. A genre is just a type of game, e.g. a shooting game, sports game, driving game, or adventure. Some may be a mixture of these and, very rarely, some even create new genres all on their own. Some genres tend to have safer content than others but knowing the key differences will give you a good head start in understanding what the games themselves might contain.

Action is arguably the broadest genre. Spanning everything from third-person adventure games such as Crash Bandicoot all the way to first-person shooter (FPS) games such as Call of Duty and everything between. The issue with the loose categorisation of 'Action' is that games can often carry violent or scary imagery within its myriad subgenres, which can be difficult to navigate. 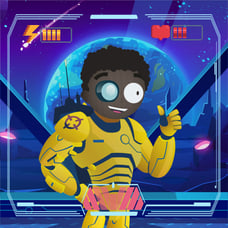 Role-playing games (RPGs) are frequently highlighted for their addictive gameplay.
Players perpetually chase coveted items for better stats so they can 'level-up' and repeat the cycle. Consider games such as World of Warcraft, which are part of much grander sub-genre known as massively multiplayer online role-playing games or MMORPGs.

Survival is another wide-ranging genre. Sandbox games such as Minecraft or Terraria are popular titles amongst children but can be a focal point for predators and hackers, while survival horror games such as Resident Evil or Silent Hill contain very scary imagery and gore that can be frightening. 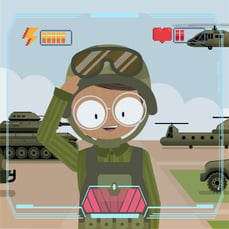 Fortnite, Call of Duty: Warzone, and PUBG are all popular examples of Battle Royale games.
Typically, free-to-play, they are akin to sandbox games like Minecraft in the way that they often attract predators because of their popularity among children, ease of access and focus on multi-play online. 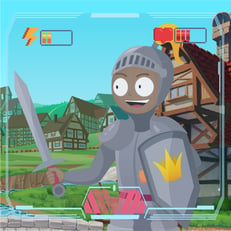 Strategy games tend to be deep and enveloping and it can take days or weeks to complete a single game. Real-time strategy (RTS) games often require extremely analytical minds to play.
Some games in the genre have, in extreme cases, caused players to be hospitalised for addictive gameplay.

What should parents look out for?

If a game is categorised as an FPS, it is highly likely that it will contain the use of guns and violence. The key indicator to look for on the game’s PEGI rating is the ‘Violence’ marker. If a game is rated PEGI 16 or higher, the violence depicted will be realistic or unpleasant. Anything lower and it will be more appropriate.

Role-playing games can be very addictive. Becoming unfulfilled by other activities and constantly trying to get back to playing are red flags for signs of addiction. Similarly, if a child has started playing with new friends they met online but is unhappy talking to you about who they are, this is a concern.

Like with RPGs and other online games, if a game is popular with children, parents need to be extra vigilant about who they’re playing with. Strangers may send private messages, ask to be added to friendship groups, or send friend requests in the hope of building up a relationship.

Being extremely popular means that Battle Royale games get a lot of attention from hackers and predators. They also contain ‘loot boxes’ or ‘in-game purchases’ that encourage players to spend money on certain items and can lead to large financial outlays.

What can parents do?

Check the PEGI rating of a game before purchase. Always be sure to play the games yourself (or look them up on sites like YouTube) to understand what they contain. Some will offer settings to tone down things like blood and gore, so familiarise yourself with the parental features and options when you can.

Encourage your child to do other activities if they seem to be spending too much time playing games. If you notice any unusual behaviour or warning signs, encourage real-life pursuits during which a tangible outcome can be reached instead of game time. Building things, writing, and painting all have an observable end goal that can build personal skills.

Always make sure kids are playing on private servers when playing games such as Minecraft and Terraria. Private servers act as a safe place to enjoy a sandbox game with friends, without having to worry about contact from strangers.

Limit play time to supervisable hours. Evenings where a child’s friends might be playing too are ideal, but don’t be afraid to put a freeze on game time altogether if you think it’s necessary. Have other activities in mind to fill the gap though – something like a strategic board game might be ideal.

Become a certified member today to access our full range of resources designed to help teachers, parents and other trusted adults create an open dialogue with children about online gaming.

Partnering with BBC Bitesize: Making the Most of Gaming

At National Online Safety, we cover a range of topics which relate to both keeping children safe in education and at... 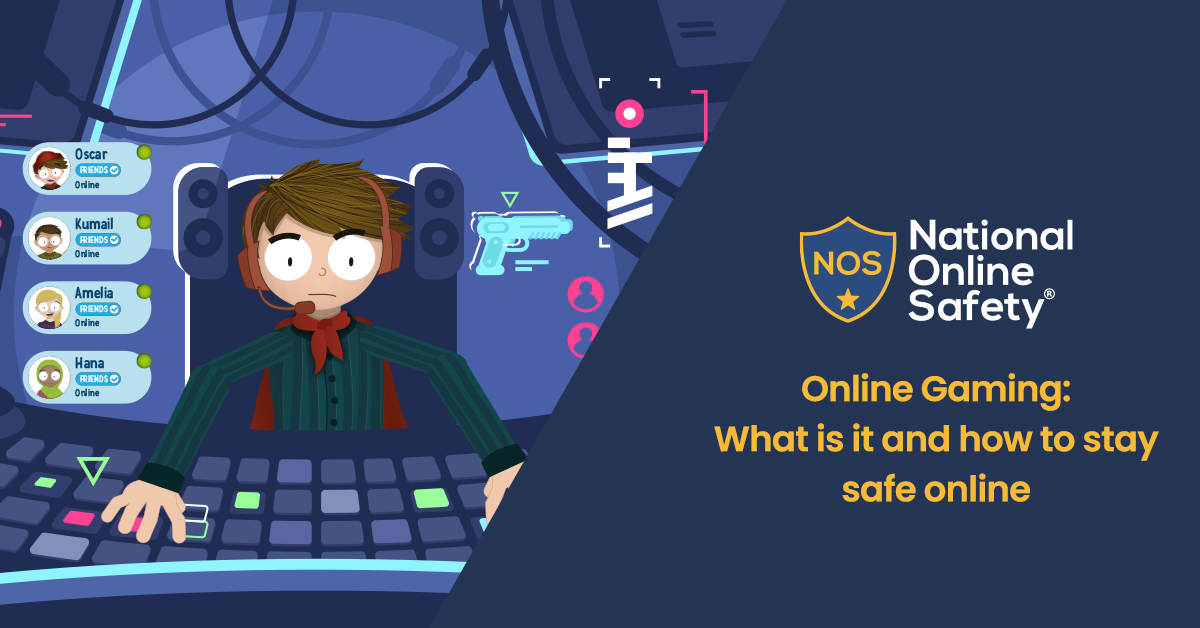 Online Gaming: What is it and how to stay safe online.

Most modern video games are very much focused on connectivity and going online. What we mean by online gaming, is...

If you are thinking about treating your children to the latest gaming consoles this Christmas, or have already snatched...